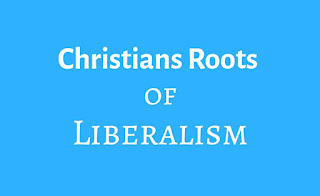 The very beginnings of liberal tradition,  goes from the Christian philosophy, to the ideas of the early Renaissance, and early enlightenment in Europe. So, the beginnings of liberal tradition, we find in the Christian books.
● The Christian roots are very important social development for the liberal tradition. Christianity, which emerged as the religion in the Middle East nearly 2000 years ago developed, and spread all over the world. But it has started in Europe, and the first important thinkers about what Christians think about international relations, lived in Europe, where we’ll learn their names in this article.
● Christianity gave birth to fundamentally different morals and ideals, comparing with the ancient tradition. But first of all, what is most important, is generative, broad and moral doctrine, proposing peace and humility as a fundamental virtue. So for ancient philosophers and thinkers the morality in international relations, as a factor of the relations between individuals, actually did not exist.
● The Christians changed the completely whole situation. According to them, the morality, the obedience of the rules proposed and brought by the jesus Christ and by the Christian religion. This obedience was the most important virtue of the individual and this obedience must be the guiding principle for the policy of the states.
Moreover, the Christian doctrine assumes the existence of ideal state of human soil, and therefore of society.
● Christians as liberals after them believed that each individual can be changed, each individual can become better because of his beliefs, the society can become better, and that makes sense working on improvement of the society and if the society can be better, the international relations can be better, because better societies will better interact between them.
If the states are good, they don’t need to fight between them and then we foresee the ideas of Immanuel Kant as a continuation of the very beginnings, or the liberal tradition into Christian doctrine.
● Moreover, Christianity may be considered as a spiritual founder of a new intellectual movement, which brought a strong alternative to the classical tradition.

● Christian historiosophy brought the idea of dynamic history, which develops from a certain beginning, creation of the World, to its end. Liberal paradigm thus, as a continuation of the Christian philosophy, is based on the linear idea of permanent advancing of international relations, in attempt to achieve an eternal peace.
● This views, of Christian philosophers, influenced medieval and modern political thinkers, making them to develop their own models of Kingdom of heavens in domestic and international realms. So, the message of early approaches, early liberal and Christian approaches to the international relations, was mainly making the kingdom of heavens on the earth, changing life on the earth because it can be changed according to the Christian approaches, and it should be changed as something which is important to do in order to please God.

● One of the first thinkers from the Christian tradition who is interesting for us when we touch upon the beginnings of the liberal paradigm in international relations, was a famous priest Saint Augustine (354-430) , who lived in the fourth century nearly 1,600 years ago. He was a Christian philosopher and theologians, so it means that he did not only stop the study of the Bible with the other Christian sources, he was also thinking about it, he was trying to develop a generalized idea about how the society, at how relationships between societies must be constructed based exactly on one of the ideas he brings from the Christian religion, and from his Christian theology.

● He is considered to be one of the father founders of the church, but also one of the first important thinkers in politics and international relations. First of all, he applied the Christian doctrine towards explaining the behavior of individuals. Later, he did it towards the behavior of the states.

● Saint Augustine wrote in his work, the City of God, published in 1470. He wrote, they who have waged war in obedience to the divine command or in conformity with His laws, meaning God, have represented in their persons the public justice or the wisdom of government, and in this capacity have put to death wicked men. Such persons, St.Augustine writes, have by no means violated the commandment, you should not kill. So for him, the just reason for war, the just reason for killing was the obedience to the commandments of God.

● So St. Augustine was in very beginning of the Christian and later liberal explanation, and the concept of the Just War. Christianity gave birth to doctrine of just wars. Unlike modern assumption of just conflict as, we know it now based on |aw, christian thinkers considered a just war to be based on morals and the God’s commandments. Let us not forget that in the classical tradition in ancient Greece, the war did not need any ideological explanation. The conflict of interests, the conflict for the land for women, like it has happened during war, wan’t very good enough explanation for war. Christians
went much further. They wanted to
have a moral ideological explanation of any violent action, which one people put upon the other people. St. Augustine in his work, The City of God wrote, the wise man will wage just wars. As if he would not all the rather lament the necessity of just wars if he remembers that he’s a man, for if they were not just he would not wage them, and would therefore be delivered from all wars. 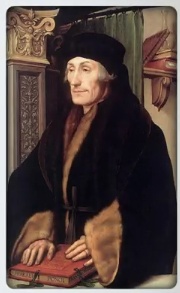 ● The continuation of this thinking, the continuation of the Christian concept, we find in the work of Erasmus of Rotterdam (1466-1536 ) he lived more than 1000 years after Saint Augustine. But there is a good explanation for this gap. So basically, the Christian tradition as the Christian Europe proposed a universal tradition which did not presume that equality of their lords, and equality of the Kings between them, but also it did presume that absolute inequality was a result of the Roman pope. So this doctrine could not hope to establish that philosophy although relationships based on the equality in political and ideological and in power terms.
● Erasmus of Rotterdam lived in the Netherlands, that time still the colony of the Spanish Empire. He was a Christian thinker, and at the same time, Renaissance humanist. And his difference from St. Augustine was very simple, he considered to be any war in the natural act or behavior between countries.
● He were famous as one of the first intellectual or just of pacifism went for the concept which declares any war not good, any war not be in favor of the God. And he wrote, war is delightful to those who have had no experience of it and this idea is one of the basic idea of liberal approach to the international reiations.
Post Views: 10