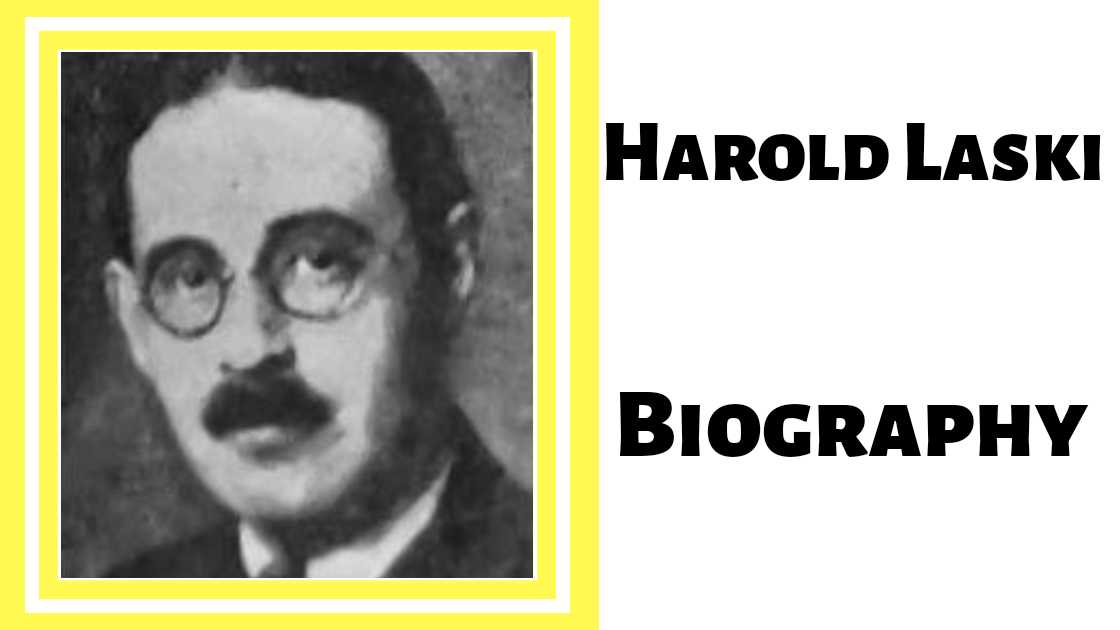 Professor Harold Laski was born in Manchester, Britain on 30th June 1893.
He was a great proponent and advocator of the Pluralist Theory of the State. He made several attempts to define the role of the State.

He influences several people who later became a representative and a great leader of African and Asian countries. It includes Jawahar Lal Nehru, who became prime minister of independent India.

He was born in a Jewish family and had faith in Zionism. He supported the creation of Zionism State.

Laski’s several early work promoted pluralism, especially in some of the essays collected in Studies such as the Problem of Sovereignty (1917), Authority in the Modern State (1919), and The Foundations of Sovereignty (1921).

He also argued due to the presence of several local organizations, labor unions, clubs, Institutions, and societies it is unappropriated to think that state is the supreme authority over State. The state should promote pluralism and decentralization

Harold Laski became a supporter of Marxism and believed in a planned economy on the basis of the public ownership of the means of production. Instead of, as he saw it, a coercive state, Harold Laski also believed in the evolution of co-operative states that were internationally bound and stressed social welfare.

He also repudiated his faith in Judaism, claiming that reason prevented him from believing in God. After studying for a degree in history at New College, Oxford, he graduated in 1914.

He was awarded with Beit memorial prize during his time at New College. He failed his medical eligibility tests and thus missed fighting in the First World War. After completing graduation, he worked briefly at the Daily Herald under George Lansbury. His daughter named Diana was born in 1916.

He also believed that, since the capitalist class would not acquiesce in its liquidation, the cooperative commonwealth was not likely to be attained without violence. But he also committed to civil liberties, free speech and association, and representative democracy.

Initially, he believed that the League of Nations (1919) would bring about an “international democratic system”. However, from the decade of the late 1920s, his political beliefs became radicalized and he continuously believed that it was necessary to go beyond capitalism to “transcend the existing system of sovereign states”.

Between the beginning of Second World War in 1939 and the attack on Pearl Harbor in Japan which drew the United States into the war in 1941, Laski was a prominent voice advocating American support for the allied powers during the war, by then he becomes a prolific author of articles in the American press, frequently undertaking lecture tours in the United States of America, and greatly influencing some of the prominent American friends including Felix Frankfurter, Edward R. Murrow, Max Lerner, and Eric Sevareid.

In his last few years, he was disillusioned by the Cold War which was occurred immediately after World War II and the Soviet Union‘s communist takeover of Czechoslovakia.

George Orwell described him as

“A socialist by allegiance, and a liberal by temperament”.

Harold Laski tried to mobilize Britain’s intellectuals, academics, and teachers behind the socialist cause; the Socialist League was one of such efforts. He had some success but this element typically found itself marginalized in the Labour Party.