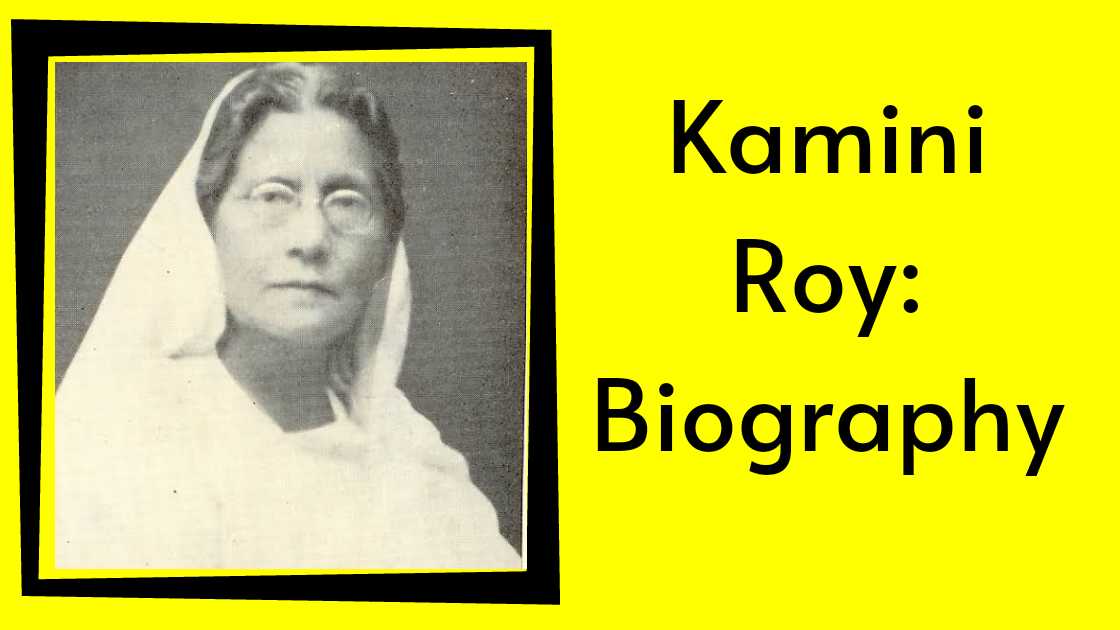 Kamini Roy (12th October 1864 – 27th March 1933) was an Bengali poet, educator, and Social activist, who also has the distinction of being the first woman to graduate with honours in British India.

Kamini Roy was known for her work in advocating for women’s rights and helped advance feminism in the Indian subcontinent.

Born on 12th October 1864 to an elite family in Bakergunj district of the Bengal Presidency, Kamini had an early passion for mathematics, but she decided to pursue Sanskrit. She earned a bachelor of arts degree with honours in the language from Bethune College of Calcutta university in 1886 and also started teaching in same institution.

Nisith Chandra Sen, her brother was renowned lawyer of Calcutta high court and later was the mayor of Calcutta.
her sister Jamini was an house physian of the royal family of Nepal.

In her Bengali essay titled “The Fruit of the Tree of Knowledge” she wrote,

“The male desire to rule is the primary, if not the only, stumbling block to women’s enlightenment … They are extremely suspicious of women’s emancipation. Why? The same old fear – ‘Lest they become like us’.”

Kamini had also begun writing from her younger years. In 1889, she published Alo O Chhaya, her first book of poems. While at Bethune, she met Abala Bose, who was also known for her work in the upliftment of women emancipation and women’s education.

In 1921, she was one of the leaders, along with Kumudini Mitra (Basu) and Mrinalini Sen, of the Bangiya Nari Samaj, an organisation fight for the woman suffrage.

She was very much influenced by the works of Rabindranath Tagore and Sanskrit literary works which helped her to formalize his ideas of woman emancipation from all kinds of traditional patriarchal restrictions imposed on woman to make them under the subjugate of male.

She visited village to village and influences many younger woman poets and writers to wrote for the sake of woman upliftment and their all round development in British india. She emphasized on education and made it basis for the woman emancipation.

In her later years, Kamini worked towards allowing women in Bengal the right to vote and thanks to her efforts, women could exercise their franchise in the 1926 Indian general election. She was the recipient of the Jagattarini Gold Medal by the Calcutta University. She died on 27th March 1933 and leave remarkable contribution for the upliftment of woman in their all round development.