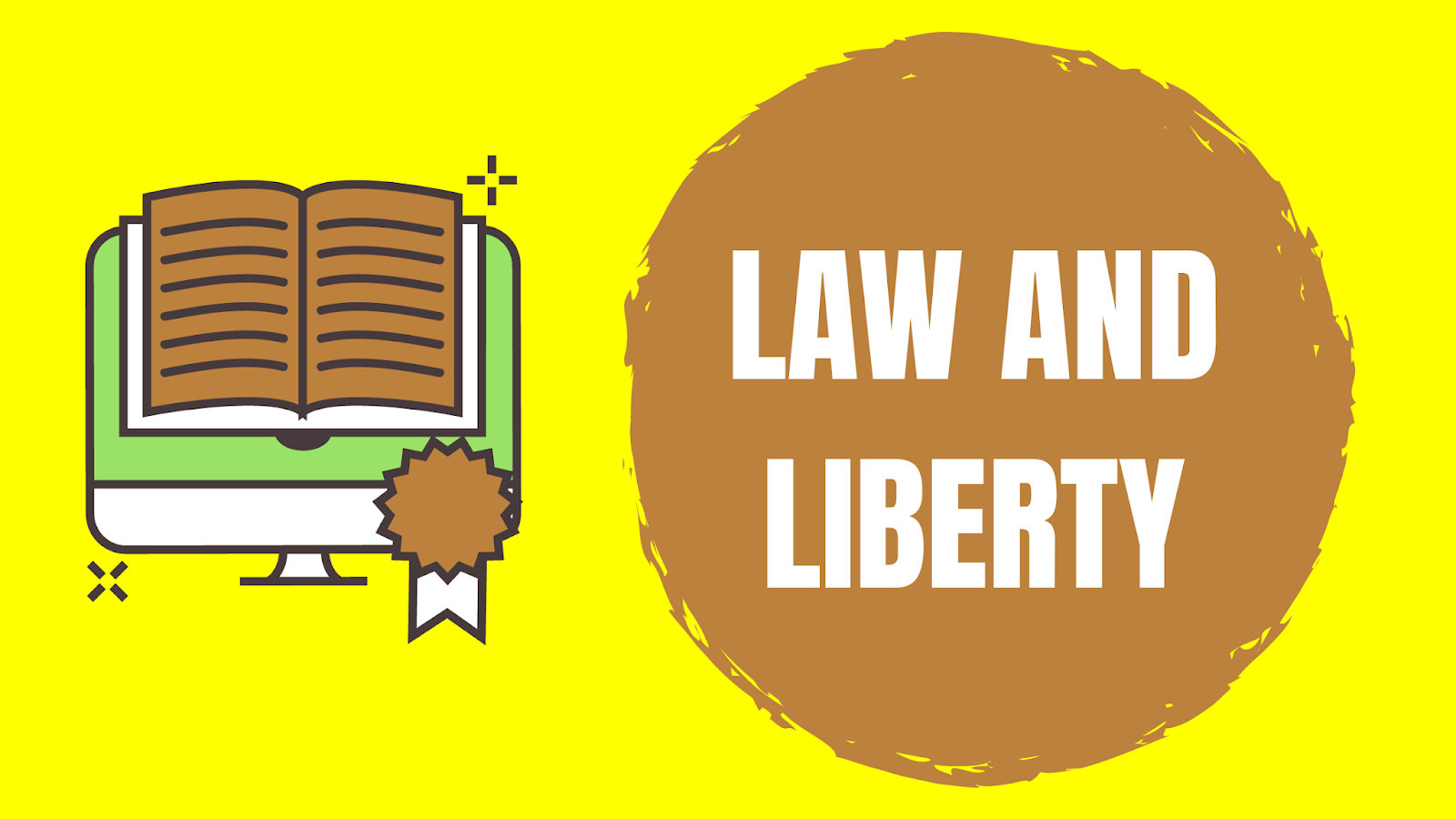 While political philosophers have been concerned about broad questions such as the nature of law itself, everyday debates about the relationship between law and morality have tended to focus upon the moral content of specific laws. Which laws are morally justified, and which ones are not?

How far, if at all, should the law seek to ‘teach morals’?

Such questions often arise out of the moral controversies of the day and seek to know
whether the law should permit or prohibit practices such as abortion, prostitution, pornography, television violence, surrogate motherhood, genetic engineering, and so forth. At the heart of these questions is the issue of individual liberty and the balance between those moral choices that should properly be made by the individual and those that should be decided by society and enforced through law.

In many ways, the classic contribution to this debate was made in the nineteenth century by John Stuart Mill, who, in “On Liberty ([1859] 1972)”, asserted that, ‘The only purpose for which power can rightfully be exercised over any member of a civilized community against his will is to prevent harm to others’. John Stuart Mill’s position on the law was libertarian: he wanted the individual to enjoy the broadest possible realm of freedom. ‘Over himself’,  John Stuart Mill proclaimed, ‘over his own body and mind the individual is sovereign’.

However, such a principle, often referred to as the ‘harm principle’, implies a very clear distinction between actions that are ‘self-regarding’, whose impact is largely or entirely confined to the person in question, and those that can be thought of as ‘other-regarding’.

In John Stuart Mill’s view, the law has no right to interfere with ‘self-regarding’ actions; in this realm, individuals are entitled to exercise unrestrained liberty. Law should therefore only restrict the individual in the realm of ‘other-regarding’ actions, and then only in the event of harm being done to others. The strict application of this principle would clearly challenge a wide range of laws currently in existence, notably those that are paternalistic. For instance, laws prohibiting suicide and prostitution are clearly unacceptable, since their primary intent is to prevent people from damaging or harming themselves. The same could be said of laws prohibiting drug-taking or enforcing the use of seatbelts or crash helmets, to the extent that these reflect a concern about the individuals concerned as opposed to the costs (harm) imposed on society.

Mill’s ideas reflect a fierce commitment to individual liberty, born out of faith in human reason and the conviction that only through the exercise of personal choice would human beings develop and achieve ‘individuality’.

His ideas, however, raise a number of difficulties.

In the first place, what is meant by ‘harm’? John Stuart Mill clearly understood harm to mean physical harm, but there are at least grounds for extending the notion of harm to include psychological, mental, moral, and even spiritual harm. For example, although blasphemy clearly does not cause physical harm it may, nevertheless, cause ‘offense’; it may challenge the most sacred principles of a religious group and so threaten its security. Just such an argument was used by Muslim fundamentalists in their campaign against the publication of Salman Rushdie’s The Satanic Verses.

In the same way, it could be argued that in economic life price agreements between firms should be illegal because they both harm the interests of consumers, who end up paying higher prices, as well as those of competitor firms.

Second, who counts as the ‘others’ who should not be harmed? This question is most obviously raised by issues like abortion and embryo research where it is the status of the unborn which is in question. If a human embryo is treated as an ‘other’, interfering with it or harming it in any way is morally reprehensible. However, if the embryo remains part of the mother until it is born she has a perfect right to do with it what she pleases.

A third problem relates to individual autonomy. Mill undoubtedly wanted people to exercise the greatest possible degree of control over their own destinies, but even he recognized that this could not always be achieved, as, for instance, in the case of children. Children, he accepted, possessed neither the experience nor the understanding to make wise decisions on their own behalf; as a result, he regarded the exercise of parental authority as perfectly acceptable. However, this principle can also be applied on grounds other than age, for example, in relation to alcohol consumption and drug-taking. On the face of it, these are ‘self-regarding’ actions, unless, of course, the principle of ‘harm’ is extended to include the distress caused to the family involved or the healthcare costs incurred by society.

Nevertheless, the use of addictive substances raises the additional problem that they rob the user of free will and so deprive him or her of the capacity to make rational decisions. Paternalistic legislation may well be justifiable on precisely these grounds. Indeed, the principle could be extended almost indefinitely. For example, it could perhaps be argued that smoking should be banned on the grounds that nicotine is physically and psychologically addictive, and that those who endanger their health through smoking must either be poorly informed or be incapable of making wise judgments on their own behalf. In short, they must be saved
from themselves.

An alternative basis for establishing the relationship between law and morality is by considering not the claims of individual liberty but for the damage which unrestrained liberty can do to the fabric of society. At issue here is the moral and cultural diversity which the Millian view permits or even encourages.

A classic statement of this position was advanced by Patrick Devlin in “The Enforcement of Morals” (1968), which argues that there is a ‘public morality’ in which society had a right to enforce through the instrument of law. Devlin’s concern with this issue was raised by the legalization of homosexuality and other pieces of so-called ‘permissive’ legislation in the 1960s. Underlying his position is the belief that society is held together by a ‘shared’ morality, a fundamental agreement about what is ‘good’ and what is ‘evil’.

Law, therefore, has the right to ‘enforce morals’ when changes in lifestyle and moral behavior threaten the social fabric and the security of all citizens living within it. Such a view, however, differs from paternalism in that the latter is more narrowly concerned with making people do what is in their interests, though in cases like banning pornography it can be argued that paternalism and the enforcement of morals coincide.

Devlin can be said to have extended Mill’s notion of harm to include ‘offense’, at least when actions provoke what Devlin called ‘real feelings of revulsion’ rather than simply dislike. Such a position has also been adopted by the conservative New Right since the 1970s in relation to what it regards as ‘moral pollution’.

This is reflected in anxiety about the portrayal of sex and violence on television and the spread of gay and lesbian rights. Against the twin threats of permissiveness and multiculturalism, conservative thinkers have usually extolled the virtues of ‘traditional morality’ and ‘family values’.

The central theme of such arguments is that morality is simply too important to be left to the individual. Where the interests of ‘society’ and those of the ‘individual’ conflict, the law must always take the side of the former.

Such a position, however, raises some serious questions.

First, Is there any such thing as a ‘public morality’?

Is there a set of ‘majority’ values that can be distinguished from ‘minority’ ones? Apart from acts like murder, physical violence, rape and theft, moral views, in fact, diverge considerably from generation to generation, from social group to social group, and indeed from individual to individual.

This ethical pluralism is particularly evident in those areas of personal and sexual morality – homosexuality, abortion, violence on television, and so on – with which the moral New Right is especially concerned. Second, there is a danger that under the banner of traditional morality, the law is doing little more than enforcing social prejudice. If acts are banned simply because they cause offense to the majority, this comes close to saying that morality comes down to a show of hands. Surely, moral judgments must always be critical, at least in the sense that they are based upon clear and rational principles rather than just widely held beliefs.

Do laws persecuting the Jews, for instance, become morally acceptable simply because anti-Semitic ideas are widely held in society?

Finally, it is by no means clear that a healthy and stable society can only exist where a shared morality prevails. This belief, for example, calls the very idea of a multicultural and multi-faith society into question. This issue, however, is best pursued by an analysis of social order and the conditions that maintain it.