Meaning and Definition of Public Administration 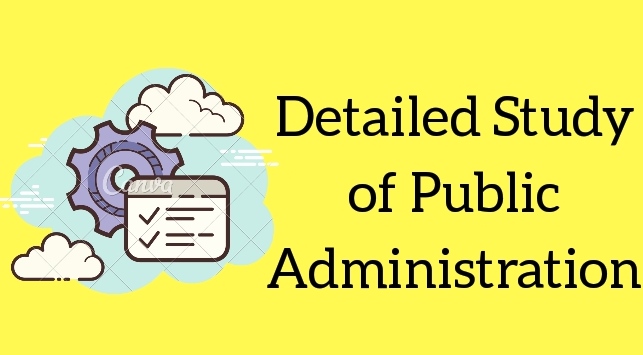 PRESENCE OF ADMINISTRATION IN EARLY PERIODS:

As a field of systematic study public administration is a little over a hundred years old. However, as an activity, it can be traced to the earliest period of human history when man started living in Organised societies.
Administration of the state in the earliest ancient and medieval periods is was a Patriarchal, and elitist entrusted with the task of maintenance of law and order, collection of Revenue, etc.
However, in modern welfare state old Patriarchal, hereditary state officialdom has been replaced by public Bureaucracy recruited based on public laws and performing tasks truly public in nature, helping in the evolution of the welfare state.
All mass movement, since the eighteenth century has contributed to the increasing volume, range, and scope of public administration.
Public administration is indispensably present in all states, be they socialist, capitalist, or developing in nature.
In developing countries like India, It is the main instrument of socio-economic transformation.
In modern welfare state Public administration defined in several ways
As an aspect of government activity, Public administration has been co-existing with every political system as the active part of the government for the fulfillment of the objectives set by the political decision-makers.
Therefore, before understanding the meaning of public administration, it is necessary to understand the term ‘administration’. The English word ‘administer’ is derived from a combination of two Latin world’s ‘ad’ and ‘ministare’ meaning ‘to serve’ or ‘to manage’. The term ‘administration’ means management of affairs- private or public.

There are some well known definitions of public administration which is defined by most prominent scholars of Public Administration like; L.D. White, Woodrow Wilson and Dimock.

According to L.D White:

“Public administration consists of all those operations having for their purpose the fulfillment or enforcement of the public policy.” (L. D. White 1948)

According to Woodrow Wilson:

“Public administration is mainly concerned with the ‘what’ and the ‘how’ of government. The ‘what’ is the subject- matter, the technical knowledge of a field that enables an administrator to perform his tasks. The ‘how’ is the techniques of management, the principles according to which co-operative programs are carried through successfully. Each is indispensable, altogether they form the synthesis called the Public administration.” ( Dimock 1937)

1 thought on “Meaning and Definition of Public Administration”