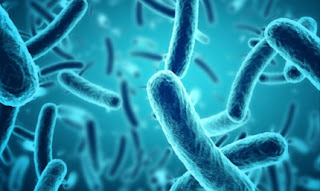 What is  Nipah Virus?

How does  the  virus spread?

● Nipah spreads  from  fruit  bats  to  humans  and  other  animals, mainly through bat  dropping  or  bodily remains  and  then spreads  laterally  within a species.
●  But less  than 1% of the  fruit  bats  are  estimated be infected with  Nipah  virus  and  it  is  even  rarer  for  it to  infect  humans.
●  It is  indeed highly contagious  within humans, and  the current  episode in  Kerala  even  killed a nurse who was  treating  another  Nipah patient.
●  The disease  has  a  high mortality rate,  but  experts  stress  that  there  is  no  reason to  panic because Nipah  outbreaks  have  always  been generally localised.

What are  the  symptoms?

●  The classical  symptom  is  acute  and rapidly progressive  encephalitis  (brain inflammation and pain) with or  without  respiratory  involvement.
●  Other more  noticeable  symptoms  include  non-productive  cough during  the  early part  of  the disease.
●  Nipah encephalitis  comes with 3-14  days  of  fever  and  headache, followed by  drowsiness, disorientation and mental  confusion.
●  Acute encephalitis  progresses to  coma within 24-48  hours.

What  are  the  major causes  of  the  outbreak?

● According to  a WHO  report,  a major  cause  of  the outbreak of  bat-related  viral  infections  is  the loss  of bat’s  natural  habitats  due  to  increasing  urbanization.
●  Loss of  natural  habitats  forces bats  to  move  near  urban  areas.
● According to  a study in Malaysia, rapid  urbanization leading  to  the destruction of  bat-rich rainforests contributed to  the outbreak  of  Nipah  virus.
● Nipah virus  infection generally has  a stuttering  chain of  transmission.
●  Once the  virus  moves from  bats  to  humans  it  generally spreads  to  people  in  close  contact  with the patients.

How can the  spread of  Nipah virus  be  contained?

● Virologists  working  on the ground have  asserted that  early diagnosis  has  helped in  containing  the spread  in  the  current  case.