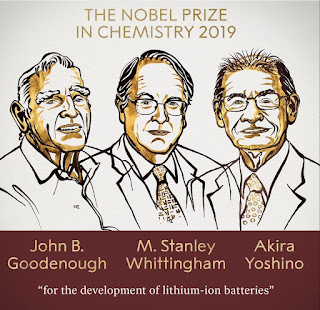 Three scientists were awarded the Nobel Prize for Chemistry in 2019 for their contributions to the development of lithium-ion batteries, which have reshaped energy storage and transformed cars, mobile phones and many other devices in an increasingly portable and electronic world.
The prize went to John B Goodenough of the University of Texas; M Stanley Whittingham of the State University of New York at Binghamton; and Akira Yoshino of Asahi Kasei Corporation and Meijo University in Japan.
The Nobel committee said the lithium-ion battery has its roots in the oil crisis in the 1970s, when Whittingham was working to develop methods aimed at leading to fossil fuel-free energy technologies.
OTHER DETAILS :
Prize founder Alfred Nobel, a Swedish industrialist who invented dynamite, decided the physics, chemistry, medicine and literature prizes should be awarded in Stockholm, and the peace prize in Oslo.
The prizes come with a 9-million kronor ($918,000) cash award, a gold medal and a diploma that are conferred on December 10 the anniversary of Nobel’s death in 1896 in Stockholm and in Oslo, Norway. 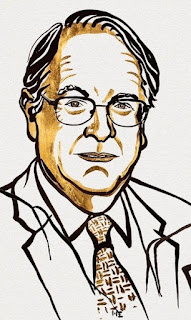 M. Stanley Whittingham
In the 1970s, he used titanium disulphide as cathode and tithium, which is highly reactive, as anode. When put together, it generated two volts of electricity 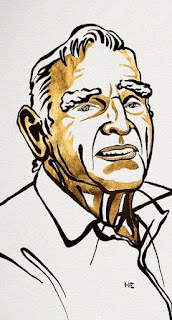 John B. Goodenough
In the 1980s, he replaced titanium disulphide with cobalt oxide as the cathode.
The battery’s potential doubled becasue of oxide in the cathode but the use of reactive lithium remained a concern. 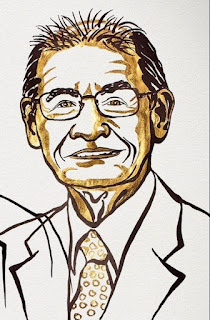 Akira Yoshino
He replaced lithium with petroleum coke, which drew the Li-ions towards it.
Once the battery was operational, the ions and electrons flowed towards the cobalt oxide cathode.
The first commercially viable lithium-ion battery was developed by Akira Yoshino
in 1991

How does a battery work?
Electricity is the flow of electrons from one atom to another.
In a battery, electrons flow from the negative electrode the anode to the positive one the cathode, producing electricity 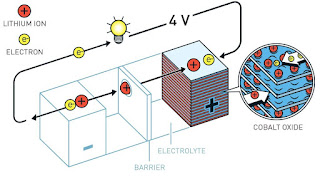 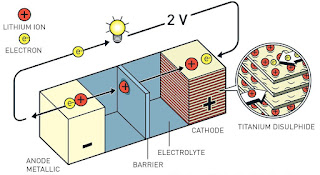