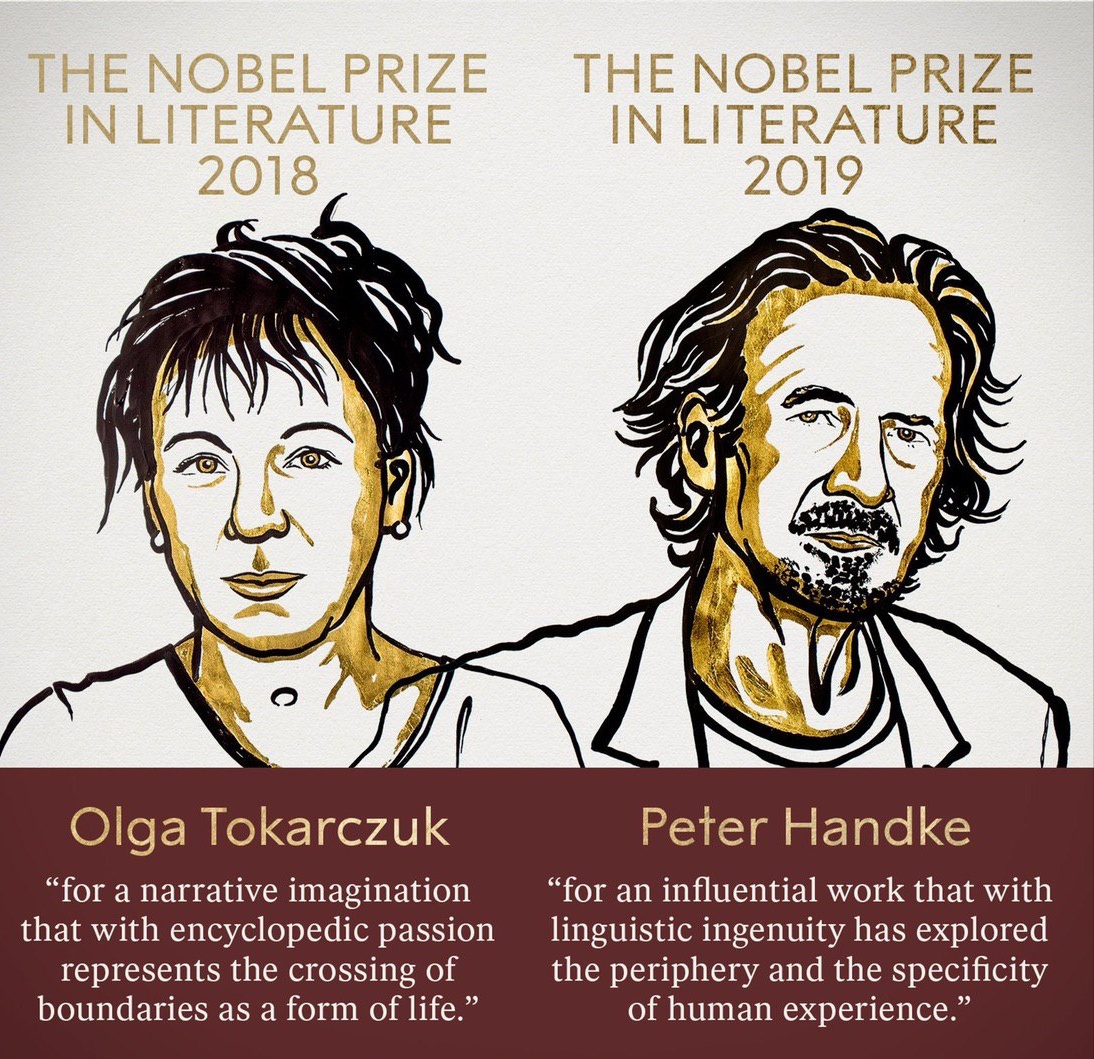 Who won the nobel prize in literature?

Ms. Tokarczuk is one of Poland’s best-known authors, known for her humanist themes and playful, subversive streak.

She won the Booker International Prize in 2018 for Flights, which combines tales of modern-day travel with the story of a 17th-century anatomist who dissected his own amputated leg and the journey of composer Frederic Chopin’s heart from Paris to Warsaw after his death.

The academy said she was chosen for works that explore the “crossing of boundaries as a form of life”.

She is only the 15th woman to win the Nobel literature prize in more than a century. Of the 11 Nobels awarded so far this week, all the other laureates have been men.

Beginning with The Hornets in 1966, Mr. Handke made his name with works that combine introspection and a provocative streak.

But the choice also drew criticism. In the past, Mr. Handke has attracted controversy for his staunch support of the Serbs during the 1990s Balkan wars.

In a 1996 essay, Justice for Serbia, he accused Western media of depicting Serbs as aggressors in the wars that led to the breakup of Yugoslavia. He was an opponent of NATO’s air strikes against Serbia for that country’s violent crackdown in Kosovo in the late 1990s.

In 2014, he told the Austrian Press Agency that the Nobel prize should be abolished because of its “false canonisation” of literature.

The rare double announcement came after no literature prize was awarded last year due to sex abuse allegations that tarnished the Swedish Academy, the group that awards the literature prize.

Jean-Claude Arnault, the husband of a former academy member, was convicted last year of two rapes in 2011.

The Noble Foundation had warned that another group could award the literature prize if the academy didn’t improve its tarnished image, but said in March it was satisfied the Swedish Academy had revamped itself and restored trust.