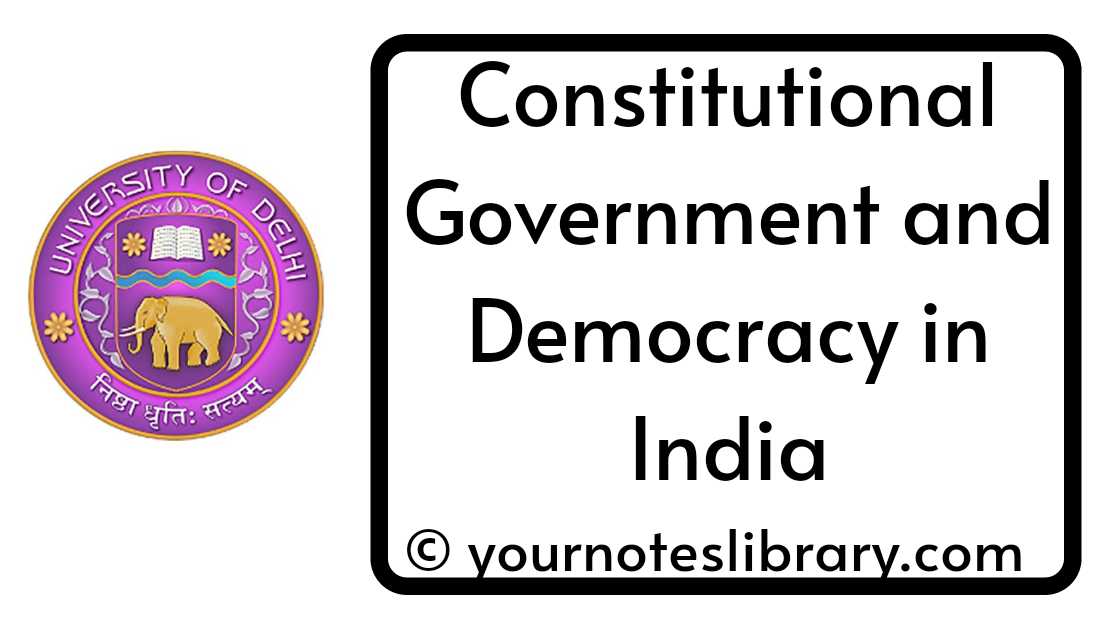 This course acquaints students with the constitutional design of state structures and institutions, and their actual working over time. The Indian Constitution accommodates conflicting impulses (of liberty and justice, territorial decentralization and a strong union, for instance) within itself. The course traces the embodiment of some of these conflicts in constitutional provisions, and shows how these have played out in political practice. It further encourages a study of state institutions in their mutual interaction, and in interaction with the larger extra-constitutional environment.

II. Organs of Government
A. The Legislature: Parliament
B. The Executive: President and Prime Minister
C. The Judiciary: Supreme Court

III. Federalism and Decentralization
A. Federalism: Division of Powers, Emergency Provisions, Fifth and Sixth Schedules
B. Panchayati Raj and Municipalities

I. Why should we obey the state? Issues of political obligation and civil disobedience.

III. How do we accommodate diversity in plural society? Issues of multiculturalism and toleration.