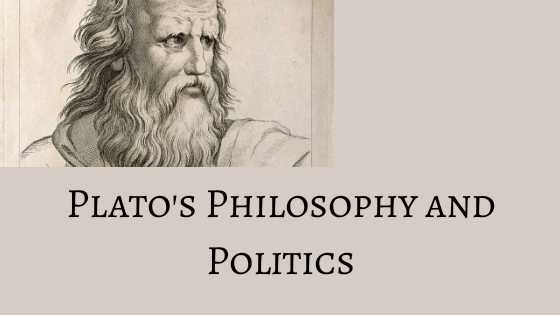 PLATO was a great philosopher and political thinker of his time and he made significant contribution in the field of Politics and state relations with peoples.

He was mainly concerned with the what kind of state should be?

What are the relations should be having between state and their people’s? In all around his major concern is to made an ideal state where well being of the people is top priority of the state and welfare will be the major objective of the state.

Plato was a philosopher who gave several ideas and elements of Politics which has been later elaborated systematically by Aristotle.

Plato’s political philosophy has been the subject of much criticism.

In Plato’s book REPUBLIC, Socrates is highly critical of democracy and proposes an aristocracy ruled by Philosopher King.

In the REPUBLIC, Plato’s SOCRATES raises a number of objections to democracy. He claims that democracy is a danger due to excessive freedom. He also argues that in a system in which everyone has a right to rule, all sorts of selfish people who cares nothing for the people but are only motivated by by their own personal desires are able to attain power.

He concludes that democracy risks bringing dictator, tyrants, and demagogues to power.

He also claims that democracies have leaders without proper skills or morals and that it is quite ulikely that the best eqipped to rule will come to power.

THE IDEAL FORMS OF GOVERNANCE

In the REPUBLIC, the character of SOCRATES outline an ideal city state which he calls ‘KALLIPOLIS’.

The labourer who makes the goods and services in socitey.

Those who keep order in socitey and protect it from invaders.

Those who are the most intelligent, rational, self- controlled, in love with wisdom and well suited to make decisions for the community and who promote the interests of the socitey as a whole.

🔲 Plato’s ideal rulers are Philosopher King. Not only are they the most wise, but they are also virtuous and selfless. To combat corruptions, Plato’s Socrates suggest that the rulers would live simply and communally.

🔲 Contrary on societal values at the time, Socrates suggest that sex should not be a factor in deciding who should rule. So women as well as men can rule. Socrates proposes that the Guardians should mate and reproduce, and that the children will be raised communally rather than by their biological parents. The children’s biological parents will never be known to them, so that no guardian will prefer his or her own offsprings over the common good. The child of the guardian class will be tested and only the most wise and virtuous become rulers.

⚫Plato’s philosophical idea is much more centerd on the creating an ideal state throughout he can achived an objective of common good and welfare of all.

⚫He gave much moral emphasizes on people’s virtuous, moral and selfless capability because these people can lead the state into the right direction.

💡What is the features of Plato’s Ideal State?