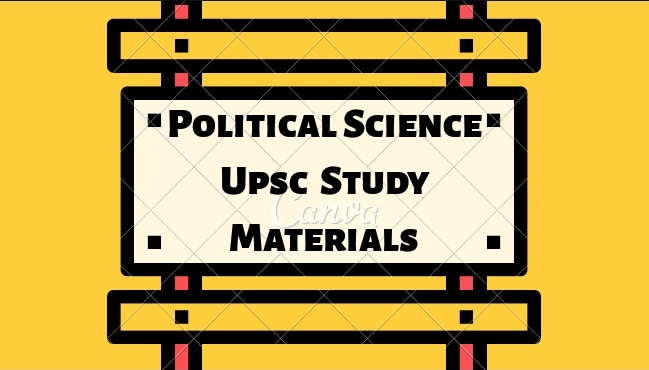 Political Science as an optional paper in UPSC exams is a very interesting subject or paper. A student with their absolute dedication can achieve higher scoring marks in UPSC optional paper as well as it will be also helpful in general political science questions of UPSC.

We brought here complete study materials of Political Science based on the syllabus mentioned by UPSC on their official website.

If any individual wants to add in this line so please let us know. With your every contribution toward nation-building we will able to create human resources in India. We also insist that India should never stop learning and will always aspire towards their desired goal.

Now all the UPSC aspirants who want to pursue Political Science as an optional paper in Upsc exams can explore our study materials based on the syllabus. Now you don’t need to wander anywhere in search for your knowledge just go throughout this as provided below:

Justice: Conceptions of justice with special reference to Rawl’s theory of justice and its communitarian critiques

Equality: Social, political and economic; the relationship between equality and freedom; Affirmative action

Rights: Meaning and theories; different kinds of rights; the concept of Human Rights

Making of the Indian constitution:
Legacies of the British rule
Different social and political perspectives

Principal Organs of the union government:
Envisaged role and actual working of the Executive, Legislative, and Supreme Court

Principal Organs of the State Government:
Envisaged role and actual working of the Executive, Legislature, and High Court.