WHAT IS GUERRILLA RAINS? 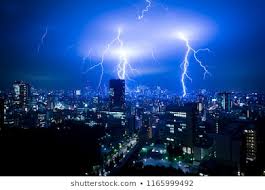 A guerrilla rainstorm is a Japanese expression used to describe a short, localised downpour of over 100 mm of rain per hour caused by the unpredictable formation of cumulonimbus cloud.
The term is often used by the Japanese media in reporting such events, but does not have an official meaning nor is it used by the Japan Meteorological Agency.
Japan Meteorological Agency is working on a radar to predict guerrilla rainstorm in Tokyo.Ahead of the Olympics,japan wants an accurate and reliable  system to predict weather in place. With keen eye on mega event of 2020 Olympics.

Japanese researchers are developing a new system to accurately forecast torrential downpours know in japan  as guerrilla rainstorm- 30 minutes before they strike.

Scientists have created a high-tech radar capable of producing a three-dimensional map of a rain cloud in 30 to 60 seconds. They say this is a significant improvement on existing systems that measure only parts of a cloud in up to five minutes.

Japan is one of the most seismically active regions in the world and routinely experiences severe natural disasters, including earthquakes, floods and landslides that kill dozens of people every year.
Because of that, the nation has created sophisticated early-warning technology and disaster mitigation systems, and regularly holds emergency drills in schools.
Along with the radar, installed last year at Saitama University, just north of Tokyo, the team is also using radio waves to estimate the amount of water vapour in the air to improve their forecasts.

The waves slow down depending on the volume of vapour in the air, making for a more accurate forecast, said Katsuhiro Nakagawa, director of the Remote Sensing Laboratory at the National Institute of Information and Communications Technology (NICT).
Sudden, localised torrential rains can cause killer flash floods, submerge roads in low-lying areas, or overflow drainage systems.

Organisers of the Tokyo 2020 Olympics and the Rugby World Cup this year have voiced concern that extreme weather phenomena could throw events into chaos.

In the future, the technology may assist organisers of other outdoor events, like fireworks festivals and sporting competitions, or may result in precise, localised weather services released only in affected towns.

Nakagawa said that with more research, he was hoping to offer an extended warning “lead time” before a severe downpour arrives.

“The summer Olympic/Paralympic Games are coming up. Particularly during summer, we see lots of guerrilla downpours,” said Nakagawa.

“We believe our technology will be able to provide useful data so that people hosting outdoor events can hold them safely,” he told AFP.