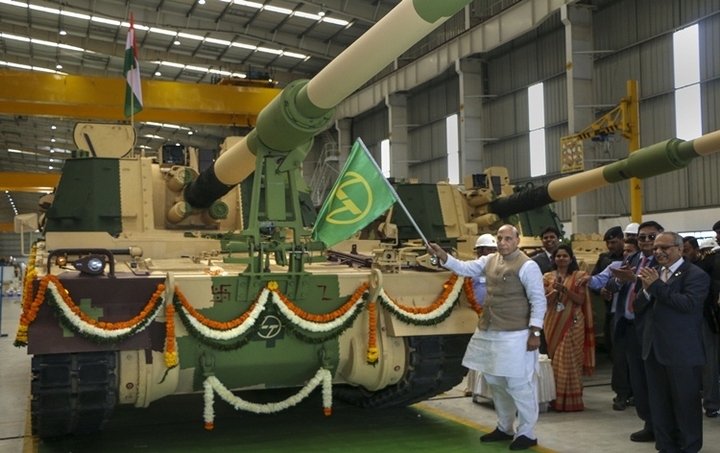 Defence Minister Rajnath Singh today dedicated to the nation the 51st K9 Vajra self-propelled Howitzer gun made by L&T at Hazira in Gujarat.

The gun weighs 50 tonnes and can fire 47-kilogram bombs at targets up to a distance of 43 kilometres. It can also turn around at zero radius.

Speaking on this occasion at Hazira in Surat, Defence Minister Rajnath Singh has said that K9 Vajra-T guns dedicated to the nation today are indeed future-ready combat vehicles.

He said that L&T’s Armoured Systems Complex (ASC) has a state of art complex to manufacture and integrate advanced armoured platforms.

He said, these future-ready combat vehicles meet the requirement of 21st-century warfare including deep fire support to the longer firing range. He said that under the Make in India programme, India will be not only a manufacturing hub, but also a net defence exporter.