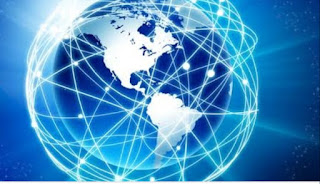 Realists have typically adopted a sceptical stance towards globalilation, seeing it more in terms of intensifying economic interdependence (that is, ‘more of the same’) rather than the creation of an interlocking global economy.

Most importantly, the state continues to be the dominant unit in world politics. Instead of being threatened by globalitation, the state’s capacity for regulation and surveillance may have increased rather than decreased.

However, realists are not simply globalization deniers. In assessing the nature and significance of globalization, they emphasize that globalization and the international system are not separate, still less rival, structures. Rather, the former should be seen as a manifestation of the latter.

Globalization has been made by states,for states, particularly dominant states. Developments such as an open trading system, global Financial markets and the advent of transnational production were all put in place to advance the interests of western states in general and the USA in particular.

Furthermore, realists question the notion that globalization is associated with a shift towards peace and cooperation. Instead, heightened economic interdependence is as likely to breed ‘mutual vulnerability‘, leading to conflict rather than cooperation.