The Demand for First Constituent Assembly of India 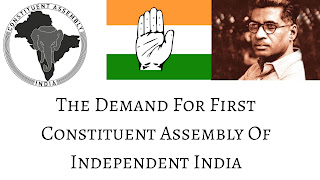 It was in I934 that the idea of a Constituent Assembly for lndia was put forward for the first time by M. N. Roy, a pioneer of communist movement in India.

The demand was finally accepted in principle by the British Government in what is known as the ‘August Offer’ of 1940. 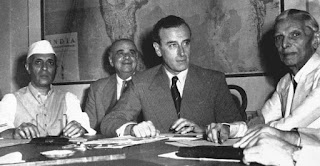 In I942 Sir Stafford Cripps a member of the cabinet came to India with a draft proposal of the British Government on the framing of an independent Constitution to be adopted after the World War ll.

The Cripps Proposals were rejected by the Muslim League which wanted India to be divided into two autonomous states with two separate Constituent Assemblies.