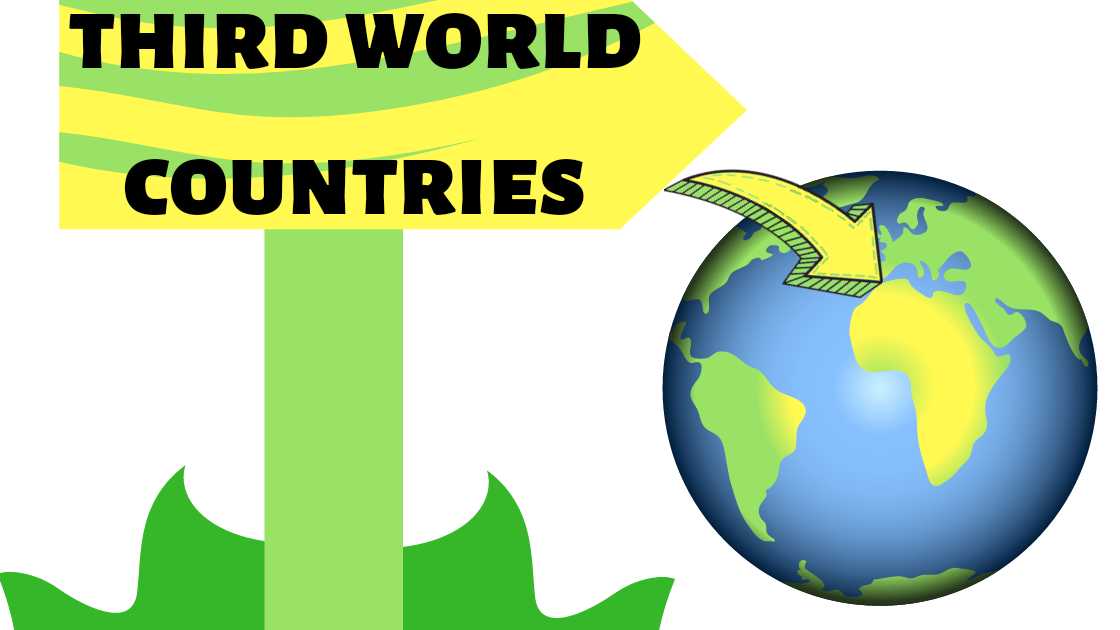 What is the Third World?

With the emergence of two superpowers USA and USSR and a collective Bloc of newly independent ex-colonial nation-states, there emerged a tripartite conception of the international political process.

The first part comprises the North Atlantic Treaty Organization (NATO) nations of Western Europe and the United States Plus Japan. This was called the “First World”.

The second part comprises the Warsaw Pact Nations of the Soviet Union (USSR) and Eastern Europe. This was named the “Second World”.

The Third World Countries are comprised of those nations who were, for the most part, former colonial subjects of the “First World” and gained independence from colonial rule in the post-war period. This was collectively terms as the “Third World”.

As discussing definition due to the complex history of evolving meanings and contexts, there is no clear or agreed-upon definition of the Third World. Few countries in the Communist Bloc, such as Cuba, were often regarded as “Third World”.

At that time newly independent countries have faced many complex changes and they do not want to lose their independence and sovereignty by joining any of those alliances.

To protect own interest they join Non – Aligned movement and these countries were often called the Third world.

Historically, some of the european countries were non-aligned and a few of these were are very prosperous, including Ireland, Sweden, Austria, Finland, and Switzerland.

Since, the past few decades, the fall of the Soviet Union and the end of the Cold War in 1990, the term “Third World” has been used interchangeably with the least developed countries, the Global South, and developing Countries to describe poorer countries that have struggled to attain steady economic development in their country.

This terminology provided a way of broadly categorizing the nation of the Earth into three groups based on social, political, economic, and cultural divisions. The Third World was normally seen to include many countries with colonial pasts in Asia, Africa, Latin America, and Oceania.

lt was also sometimes taken as synonymous with countries in the Non-Aligned Movement. The dependency theory thinkers like Raul Prebisch, Walter Rodney, Theotonio dos Santos, and Andre Gunder Frank, the Third World has also been connected to the world economic division as ”periphery” countries in the world system that is dominated by the “core” countries.

It was French demographer, anthropologist, and historian Alfred Sauvy who, in an article published in the French magazine L’Observateur, August 14, 1952, coined the term Third World (French: Tiers Monde), referring to, countries that were unaligned with either the Communist Soviet bloc or the Capitalist NATO bloc during the Cold War.

His usage was a reference to the Third Estate, the cannoneer of France who, before and during the French Revolution, opposed the clergy and nobles, who composed the First Estate and Second Estate, respectively.

Alfred Sauvy wrote, ”This third world ignored, exploited, despised like the third estate also want to be something.” He convened the concept of political non-alignment with either the capitalist or communist bloc.

The concept “Third World” includes a geopolitical dimension: It refers to the nations of the world, especially in Africa, Asia, and Latin America, who share, in many cases, a common history as colonial dependents of the major European Powers.

It also includes a Psychological dimension: oppressed people generally, who have come to identify with the struggle of formerly colonized nations and see the Anti-colonial struggles as organically linked with their attempts to obtain improvements in their conditions.

By the end of the 1960s, the idea of the Third World came to represent countries in Africa, Asia, Latin America that were considered underdeveloped by the west on a variety of characteristics (Low economic development, low life expectancy, high rates of poverty and disease, etc.).

The expression Third World was used at the 1955 conference of Afro-Asian countries held in Bandung, Indonesia. In 1956 a group of social scientists Associated with Sauvy’s National Institute of Demographic Studies, In Paris, published a book called Le Tiers- Monde.

Three years later, the French economist Francois Perroux Launched a new journal, on problems of underdevelopment, with the same title.

By the end of the 1950s, the term was frequently employed in the French media to refer to the underdeveloped countries of Asia, Africa, Oceania, and Latin America.

Many times there is a clear distinction between the First and Third Worlds.

When talking about the global North and the Global South, the Majority of the time the two goes hand in hand. People refer to the two as ” Third World/ South and First World/ North” because the Global North is more affluent and developed, whereas the global South is less developed and often poorer.

While the term “Third World is not synonymous with the term non- aligned, an important element of the conception “Third World” has always been its distinctness from the major military and economic blocs of the east and west.