walk away If you don’t get fair deal on Brexit: Trump said to Britain 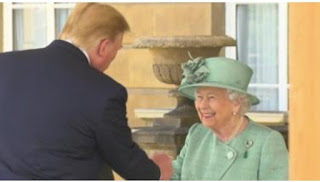 U.S. President Donald Trump said Britain should refuse to pay a $50 billion European Union divorce billand “walk away” from Brexit talks if Brussels does not give ground. Mr. Trump told The Sun-day Times news paper ahead of a state visit to Britain, which starts on Monday, that Britain’s next leader should send Nigel Farageto conduct EU talks. Once Britain leaves the EU, which Mr. Trump said must happen this year, then he would go “all out” to agree a trade deal. “They’ve got to get it done,” he said in the Sunday Times interview. “They have got to get the deal closed.” British Prime Minister Theresa May will step downs hortly after this week’sTrump visit. Mr. Trump said her successor should pursue a “no deal” Brexit if he or she could not get more concessions from Europe by the end of October, when Britain is due to leave. “If they don’t get what they want, I would walk away,” he said. “If you don’t get a fair deal, you walkaway.” Mr. Trump said the U.S. could work “very, very quickly” on a trade deal if Britain was not constrained by a transition period agreed with Brussels. He also said that it was a mistake for the Conservatives not to involve Mr. Farage, the Brexit Party leader, in negotiations with Brussels after his success in European Parliament elections.