What Is Negative And Positive Liberty? 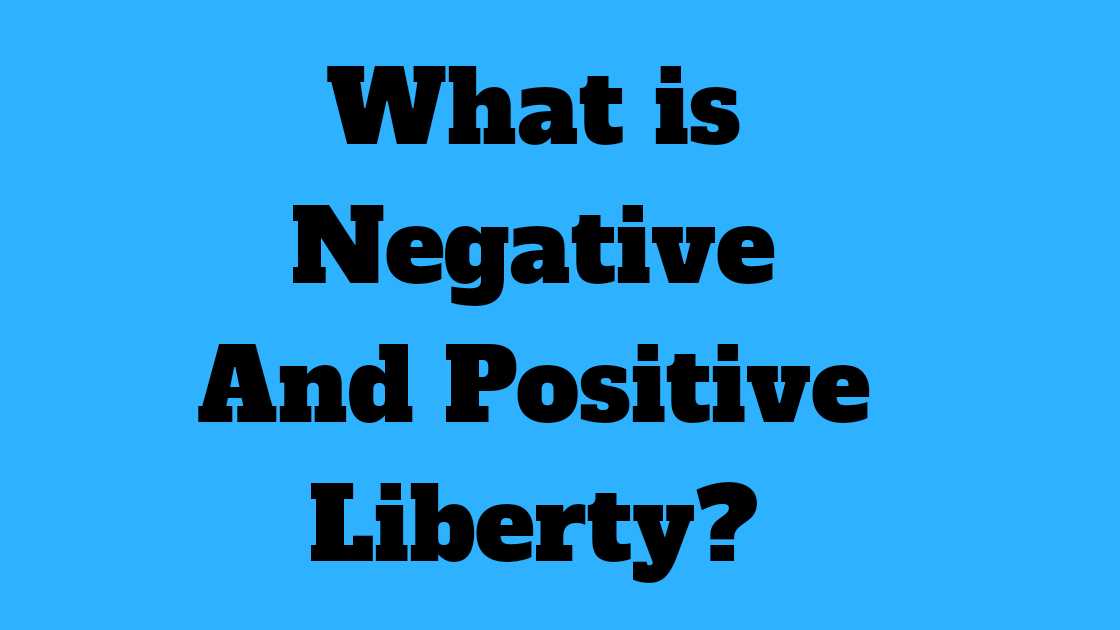 There are two types of freedom. The first type of freedom like freedom of speech and worship comes under the negative liberty.

Negative liberty focus on limited role of the state, how it does not hinder the individual in pursuing his self-appointed goals.

“The negative conception of liberty flourished at a time when individuals were struggling to be free from the unnecessary restraints of arbitrary government and when individual choice determined the allocation of resources. The main political axiom of the negative liberty doctrine was that everyone knows his own interest best and that the state should not decide his ends and purposes” Norman P.Barry

The state was not allowed to impose its conception of ‘good’ on the individuals in their mutual dealings.

The idea of negative liberty led to the doctrine of Laissez-faire that is freedom from government interference in economic affairs.

The state was viewed as a negative state, a necessary evil which was required not to interfere with the the natural liberty of men, but only to maintain their liberty by protecting their person and property from the onslaught of other individuals.

Most of the advocates of negative liberty favored a minimal state such as Adam Smith, Jeremy Bentham, James Mill, Henry Sigwick and Herbert Spencer.

The second type of freedom is positive liberty which includes freedom from fear and want. This requires the state to play an active and positive role. The state is expected to remove certain impediments in the way of the individual in exercising his freedom.

It is also essential to remember that these two types of freedom, namely negative liberty, and positive liberty are not opposed to each other. In fact, they are complimentary, they are two sides of the same coin.

However, some contemporary liberal thinker known as exponents of Libertarianism has attempted to re-emphasize on negative liberty like Isaiah Berlin, F.A. Hayek, Milton Friedman and Robert Nozick.