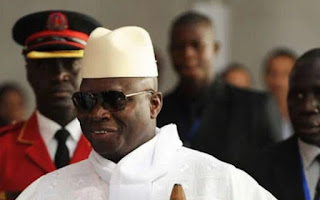 A investigation was conducted by HRW    and a Swiss NGO, TRIAL international,  evidence based on from several women, eight former Gambian officials and several other witnesses. Mr. Jammeh had “protocol girls” who were required to be on call to provide him with sex, according to their report, issued in Dakar, the capital of neighbouring Senegal. The “protocol girls” were overseen by his cousin, Jimbee Jammeh, who also procured other women for him, the report said. She fled with him to Equatorial Guinea. Several women have gone on record with their experiences, it said. Gambia has set up a Truth, Reconciliation and Reparations Commission (TRRC), modelled on South Africa’s post-apartheid Truth and Reconciliation Commission, to shed lighton Mr. Jammeh’s reign.