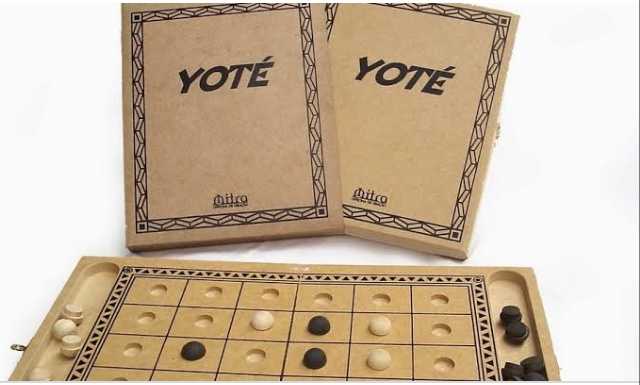 Category : Board and strategic Game | Gambling

_______________________________________________
Intro. of Game
In childhood age you were often played ‘Yote’ game in mobile or somewhere else. Generally Yote is a traditional or Most famous strategic board game of West Africa and as well as rest of the world in previous time but this game is still popular among West African Peoples.
How to Play ?  A Player wins by capturing all opposing pieces it could be  ‘White’ and ‘Black’ in colour shape of complete round and Circle in view of Mobile.
Although it is categorised into Gambling game. It becomes popular because of its fast pace and surprising Turnarounds.
“Yote is very much similar to the Yoko”

RULES
Rules is very important part of every game. Structure of rule made increased excitement and complexity of game.
>>>
◆ The game is played on a 5×6 board, which is empty at the beginning of the game. Each player has twelve pieces in hand. Players alternate turns, with White moving first. In a move, a player may either.
◆ Players Place a piece in hand on any empty cell of the board.
◆ Move one of their pieces already on the board orthogonally to an empty adjacent cell.
◆ Capture an opponent’s piece if it is orthogonally adjacent to a player’s piece, by jumping to the empty cell immediately beyond it. The captured piece is removed from the board, and the capturing player removes another of the opponent’s pieces of his choosing from the board.
◆ The player who captures all the opponent’s pieces is the winner. The game can end in a draw if both players are left with three or fewer pieces.
Post Views: 8